09 // Turn Your Writing Outward with Carleigh Baker of Joyland Vancouver

Rachel interviews Carleigh Baker, an editor with Joyland, who talks about the difference between her first and future books, “You can only gaze at your navel for so long. If that’s what you needed to heal, great, but I’m really looking forward to turning my gaze outward.” And about the positive changes and communities that have grown out of dark times in CanLit: “I’m hopeful because I see a lot of women and some men speak up about sexual assault.”

Carleigh Baker is a Cree-Métis/ Icelandic writer living on unceded Coast Salish territory. She is the Vancouver editor of Joyland and also editing an upcoming issue of Poetry is Dead. Carleigh’s work has appeared in subTerrain, PRISM International, Joyland, and Matrix. She won the Lush Triumphant award for short fiction in 2012 and is a two-time Journey Prize nominee. In submissions to her, she says she likes bees, spawning salmon, and apocalyptic romance, and tight economical prose with a ton of subtext, a sense of humour (the darker the better) and a deep appreciation of how flawed and confusing humans are.

Notes On Problems in the CanLit Community

This episode is the first of a few coming up, where Rachel interviews writers and editors closely affected by what’s been happening in CanLit culture, specifically with the University of British Columbia firing of a prof and the fall out when literary heavyweights signed a letter calling for “due process” of the accused.

As Carleigh put it in our interview, “Last winter was a dark winter in CanLit.”

It’s basically CanLit’s #MeToo moment, but it hasn’t played out the way it has in Hollywood. In this movement, it has been the less powerful people in CanLit speaking up and demanding true accountability from our community.

Below, are links to articles that will provide some background on this, though you don’t need to know all the minutiae of this story to listen to the episode. For one, there’s a really familiar pattern here, unfortunately, and for another, we talk about other things, like Carleigh’s enthusiastic interest in heavy metal music, the difference between her first and second book, where she can now look outward, and her activism on Twitter. And we also talk about what makes her hopeful for the future, including the foundation of the UBC Indigenous reading group.

And as always it’s full of behind the scenes insights from a literary journal, and tips for you on submitting to lit mags. 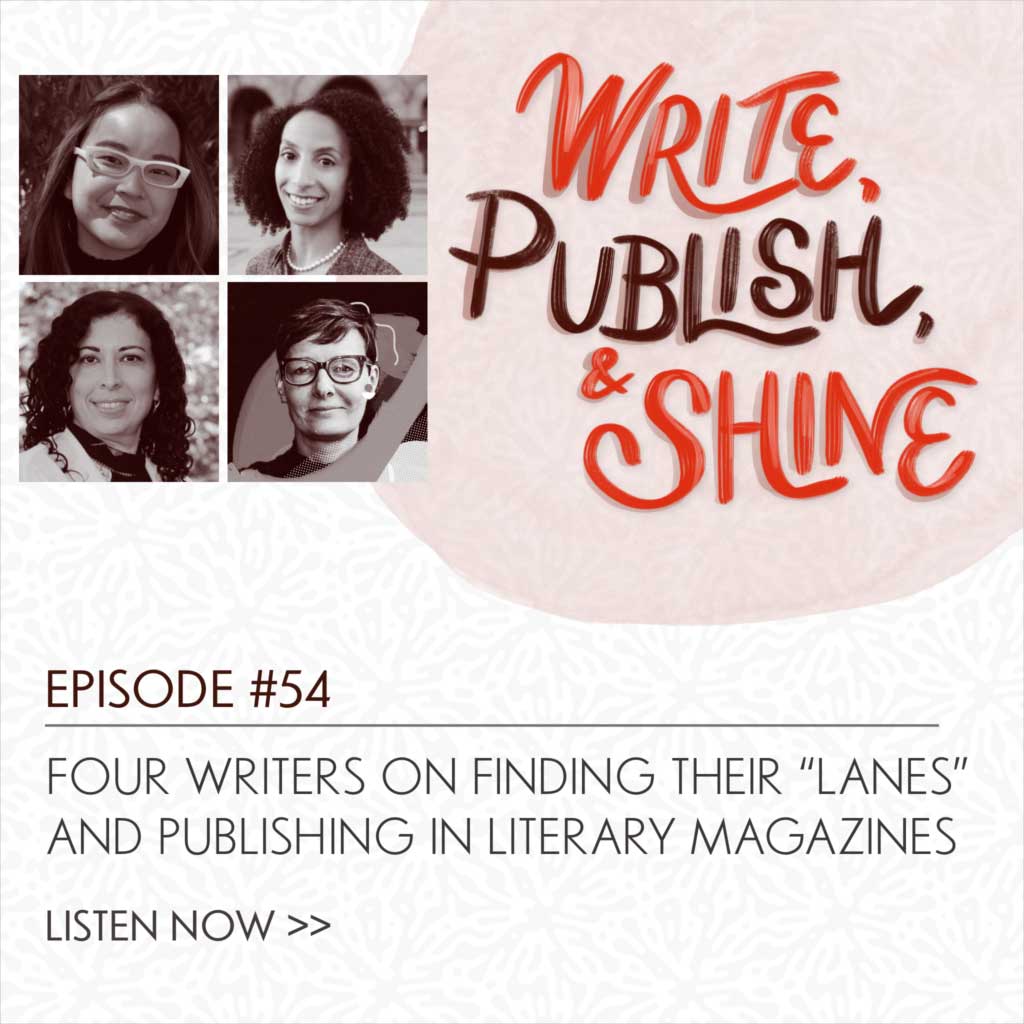 Four actively publishing writers on writing what you're meant to be writing and publishing in your own time and your own way. Ellen Chang-Richardson is a poet, writer and editor of Taiwanese and... 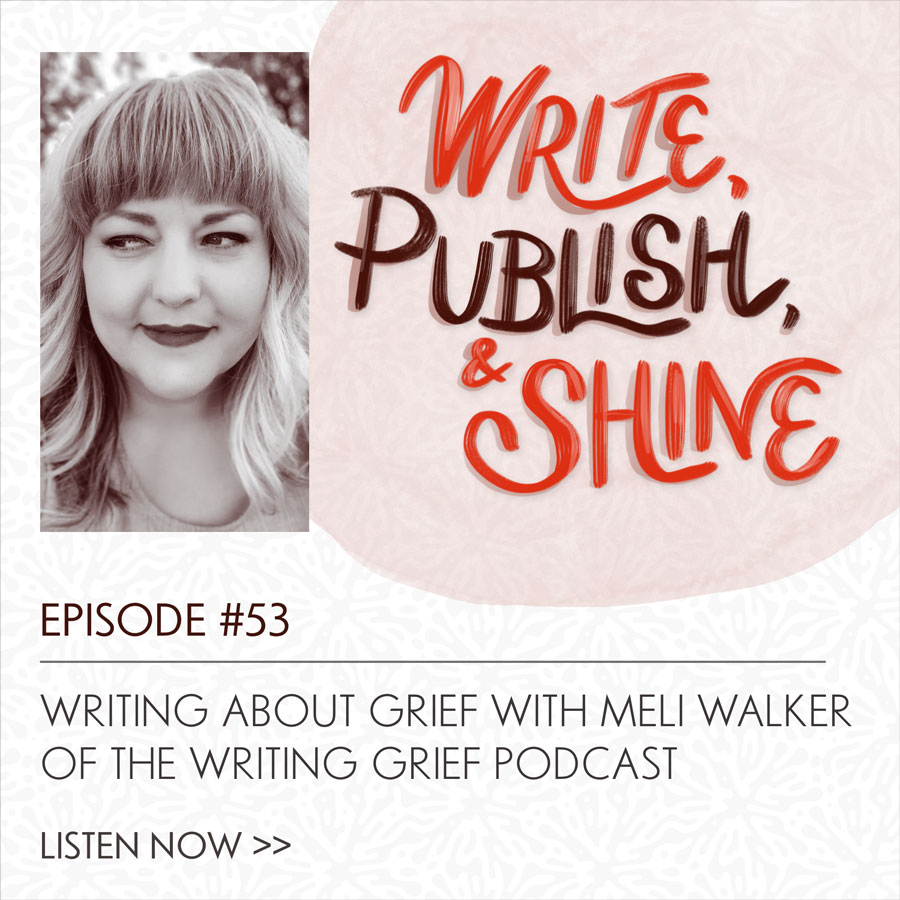 “Really, the thing that keeps me writing is knowing that at some point I will have some kind of shared connection with readers.” —Meli Walker In this episode, I talk to Meli Walker about writing... 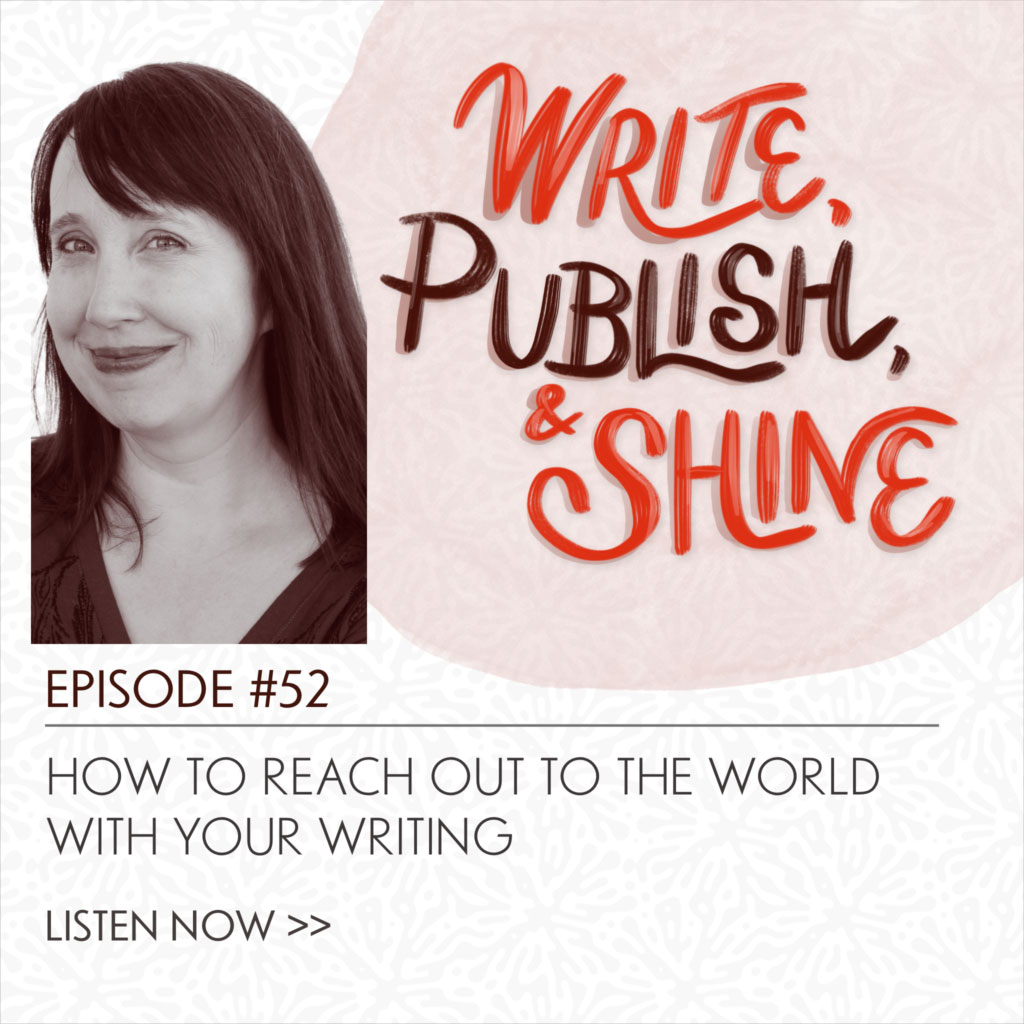 52 // How to Reach Out to the World with Your Writing

“What would happen if you consider the specific, personal details you're crafting in writing as a part of a whole pattern in the world?” I explore going from the intimate to the broad, the personal... 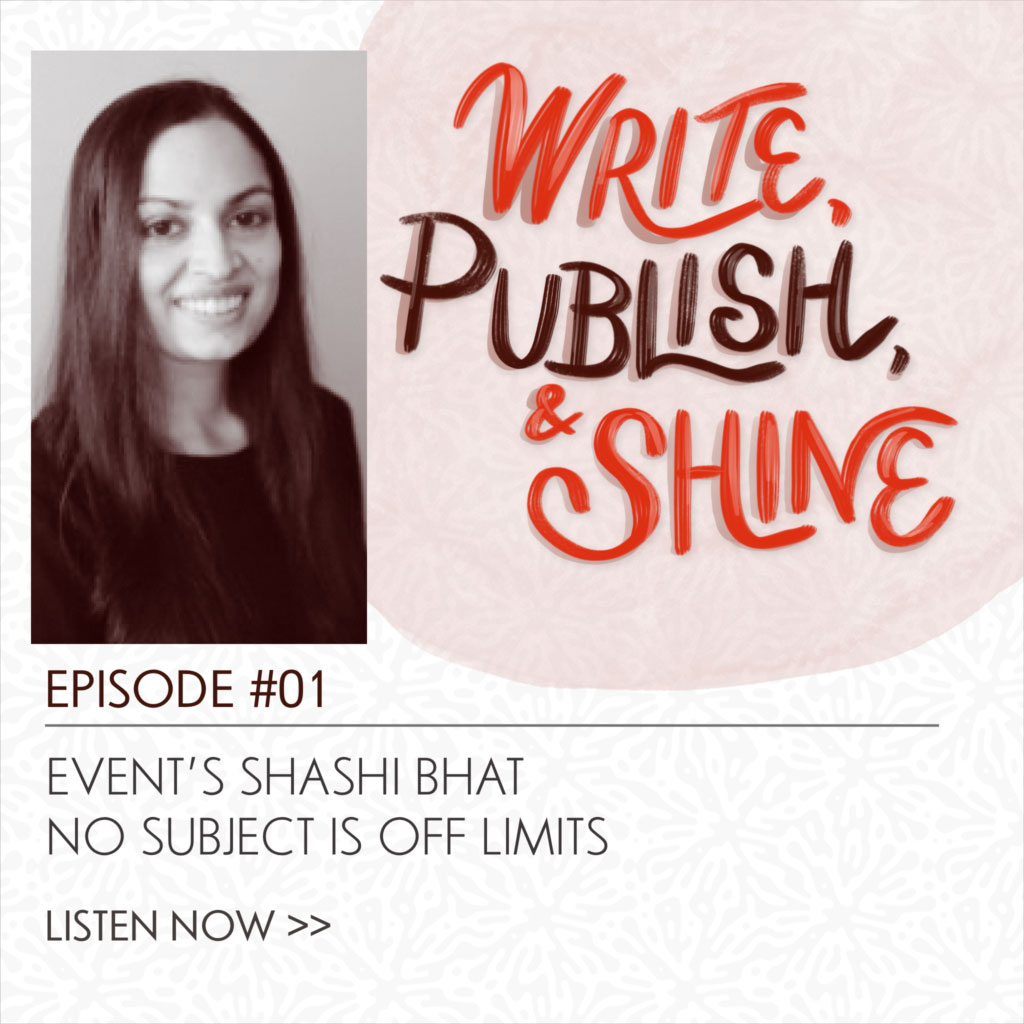 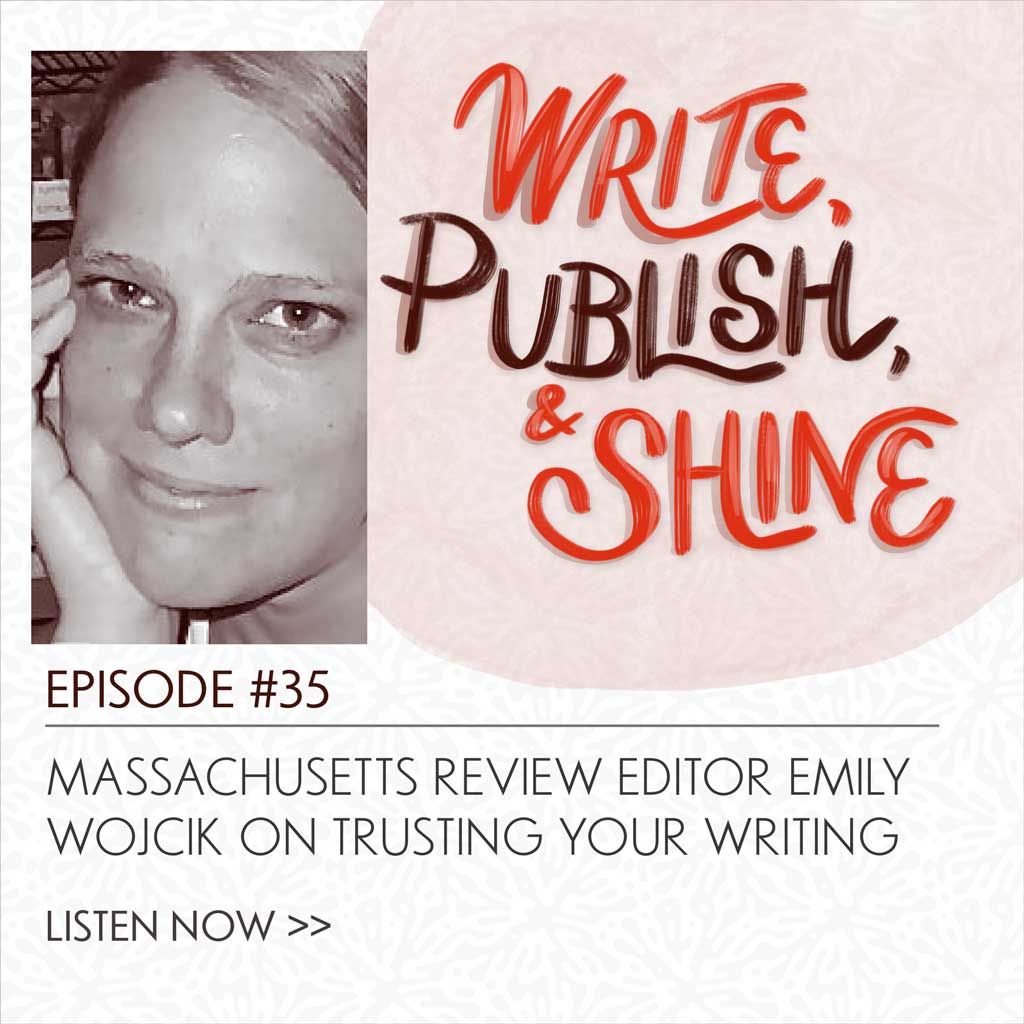 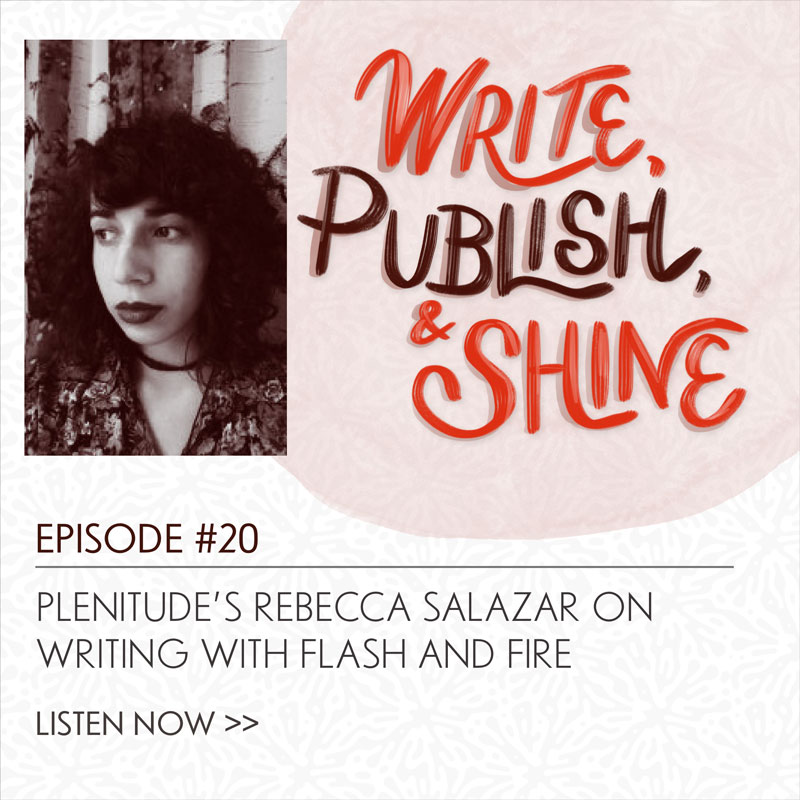